Surprising Insights into The Mind of a College Girl 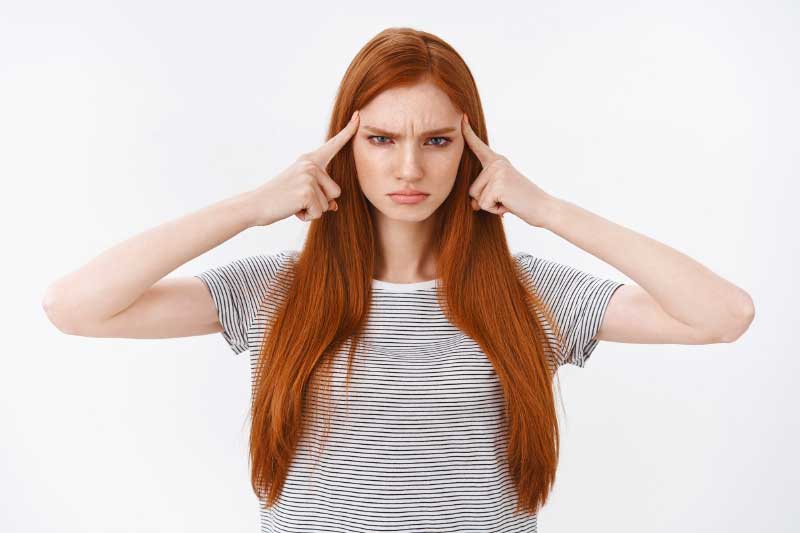 Ah, the quintessential question of the American male is, “What on earth are women really thinking?”

Society often makes girls’ brains out to be total mysteries in comparison to the so-called simple and straightforward minds of men.

So, is there any way to see how women really think and feel?

The following series of Whatsgoodly polls give a unique insight into the minds of women. Because Whatsgoodly polls are anonymous, app users can ask and answer questions without societal pressure to conform. So, the answers reveal some pretty interesting insights about women.

Perhaps women don’t think as differently as we may have been taught to believe.

One Whatsgoodly user from the University of Arizona asked; “If everything about a guy was average except for one thing listed below, it would be?” Over 4,950 girls from across the country responded with 45% choosing “best sex of your life.”

Not so different from the response one might expect from a guy, huh?

…Sex with both you and themselves

We’ve all seen the scene in American Pie where Jim gets his junk comfortable inside of a pie for his personal pleasure, but apparently, guys aren’t the only ones who use untraditional items as sex toys.

Girls were asked if they had ever repurposed a common household item as a sex toy, and a surprising 30% said they had.

Girls want it to last, but not forever

According to another Whatsgoodly poll, girls prefer sex to be on the shorter side. When asked, “How long is your ideal time to have sex?” the results were quite interesting

So guys, if you can control yourself, try to keep it in the 15-30 minute range to please your girl.

Girls were asked, “When y’all see a guy at the bar, and you’re attracted to him, do y’all try to check out his package/junk?” A surprising 47% of girls say they do.

But, just because girls want to check you out, that doesn’t mean they want to see everything.

60% of girls answered that they do not enjoy getting dick pics, even if it is from an attractive guy. Yet guys still seem to send them – even without warning.

Over 1,120 girls responded to, “Have you ever gotten an unsolicited dick pic?” with a whopping 62% of girls responding yes.

So, guys, we recommend you do not send dick pics – unless specifically asked.

For those of you gentlemen out there who think that it’s impossible to get some action because that cute girl is way out of your league – don’t accept defeat just yet.

One poll asked female users, “Anyone else: Turned on by the thought of being way out of a guy’s league but hooking up with him because you know he’ll think your hot as fuck?”

Well – 49% of users responded this does turn them on, and 20% of users said maybe. So, fellas, there’s still a chance.

Surprise! Girls aren’t always clingy – in fact, girls don’t want to hang out with guys all of the time.

Contrary to your belief, gentlemen.

When girls were asked, “What would you rather do?” the majority of girls responded that they’d prefer to go clothes shopping.

And although girls do like to shop, 50% of over 1,330 girls went against the popular phrase “beauty is pain,” voting that if they could only wear one pair of shoes for the rest of their life, they would choose crocs over high heels.

So, comfort is key – but cleanliness isn’t?

65% of girls answered that they would wear a bra for a week or more before considering it dirty! Wow. I guess guys aren’t the only ones who don’t mind a little filth.

So, is the mind of a college girl still that mysterious?

Hop on the app to vote on these polls and more, or ask your own question in complete anonymity.

Natalie is a social media marketing intern and a student at Chapman University. She loves photography, writing, everything social, the beach, and hours of television.