New Survey: The Republican party is less willing to compromise according to the majority of US millennials 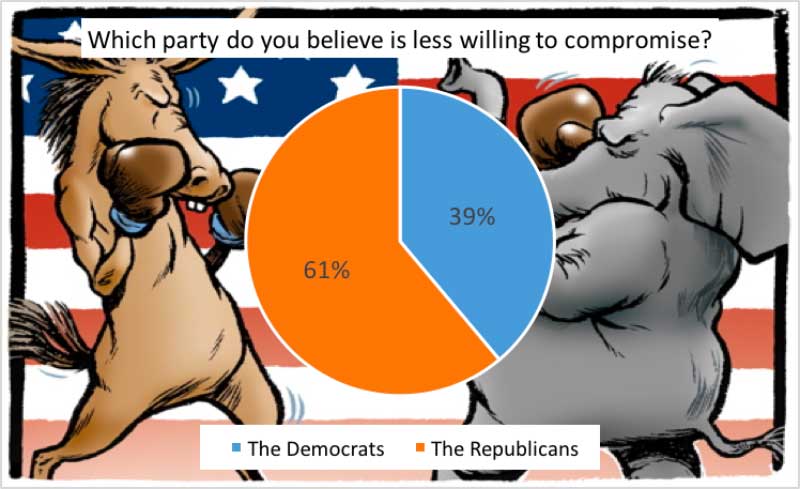 Gridlock in Washington is one of the most inevitable forces of the US two-party system. But, according to the majority of millennials, the blame lies with the Republican party.

In a new survey conducted by Whatsgoodly, millennials were asked which party they believed was less willing to compromise. 2,636 millennials responded to the poll, with 61% choosing the Republican party and only 39% selecting the Democratic party.

As the Republican party attempts to pass major legislation, most notably a replacement for the ACA which was passed by Democrats only a few years prior, it will be interesting to see how millennials respond.

Results for this Whatsgoodly poll were collected between January 25th, 2017, and March 28, 2017, from 2,636 millennials. For results based on the total sample of US millennials, the margin of sampling error is ±2 percentage points at the 95% confidence level.

Whatsgoodly correctly predicted the millennial vote of the 2016 election within 0.3% based on exit polls conducted by Edison Research.