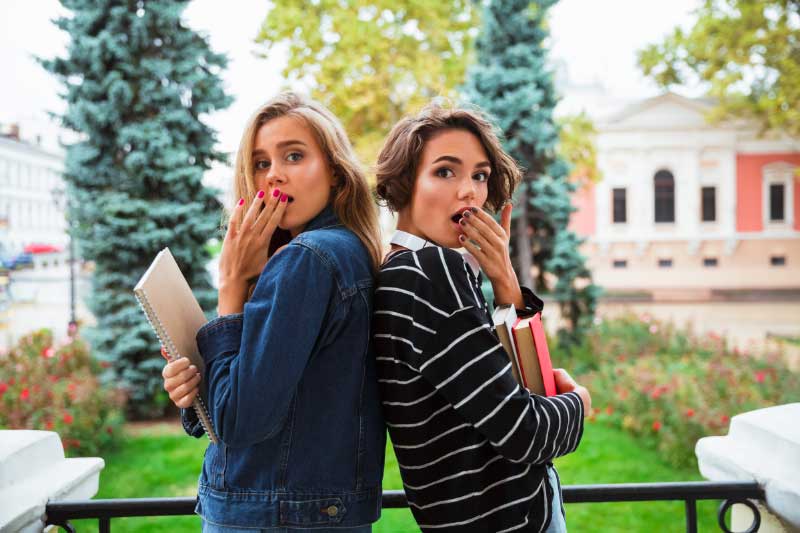 Alright, guys and girls, we need to talk. Believe it or not, in a recent poll from Stanford, only 10% of females surveyed reported that they orgasm during sex with a male partner.

A whopping 76% reported that although they do not orgasm, sex is still enjoyable, whereas 10% said that they “didn’t reach anything remotely good.” Lol. But this is really not funny at all.

This basically means that 80% of college-aged females are going unsatisfied in the bedroom! This is pretty much a national crisis. Sound the alarms. We’re in code red.

So we’ve dug a bit into our past polls to try to figure out exactly what is going down on our nation’s campuses, and we’ve found some really interesting info.

Take a look below for our crowdsourced guides to giving and receiving sexual satisfaction. Cue the Marvin Gaye music.

Whether you’re casually hooking up or in more of a long-term situation, it’s good to get everything out in the open. Ask your partner what she’s into. Sure, it could be weird, but just go with it (as long as you’re down, that is).

More than likely, she’ll tell you exactly what places you should pay attention to on her body and what type of a rhythm gets her going. If she’s not exactly sure what she likes, then don’t be afraid to try out new things and see what happens. Experimentation is fun.

Go down on her (if she’s into that)

According to another Whatsgoodly poll, 82% of girls are very cool with you going down on them before sex. And as you can see, only a mere 7% are legitimately grossed out by the idea. The odds are in your favor. So, go ahead and put that data to good use.

Check out these comments from one of our polls in which 45% of girls said that they have faked an orgasm in order to make sex end. You do not want to be that guy. Hold back the urge to jackhammer, at least until your partner has gotten hers.

Check in to see how she’s doing

Take a good look at what’s going on. Does your partner look aroused? Is she genuinely enthusiastic about what’s happening? If so, proceed! If not, don’t forget that it’s ok to ask your partner if what you’re doing is doing it for her. Ask her if she’d like it softer, or faster, or in a totally different way. Being attentive to a girl’s needs is sexy, as long as you’re not asking every 5 seconds.

It’s not the end of the world if your partner doesn’t end up orgasming. In fact, sex can still be very pleasurable for women even if they don’t reach climax. So, just keep at it by being attentive to your partner’s needs. With some effort and attention, you’ll have her hitting multiple orgasm bliss in no time.

Disclaimer: First off, ladies, if you’re not able to orgasm for various reasons, it’s not the end of the world. Sex can be a super satisfying experience even without the big-O. However, if you are able to orgasm, but it’s just not happening with your current partner, then these tips are definitely for you. Secondly, who’s to say you’re getting down with dudes? If you’re in a queer relationship, these tips can also be useful. We’re an equal-opportunity sex article here.

As we mentioned to the guys, communication is super important, even for casual hookups. Tell your partner what you like up front and let him know during sex if he needs to change things up. Guys respond well to positive reinforcement, but it’s also very ok to just come right out and ask him to do something differently. Believe it or not, guys really want to know how to get you off.

According to one of our polls, 74% of women admitted to faking their orgasms to either boost the guy’s self-esteem or just to make the sex end.

Look, it makes sense if you’re concerned about embarrassing your partner, but it is so much better for both parties if you are upfront about how you’re feeling. How is a guy supposed to improve if he already thinks he’s blowing your mind?

Guys really want to get you off, and by being honest, you give them a chance to find out exactly what works for you.

If you’re not into it, that’s ok

We’ve all been in those situations where the chemistry just isn’t right. If you’ve communicated your needs, tried to shake it up, and you’re still not into it, that’s ok. You’re totally within your rights to opt-out. Say something chill like, “Hey, I’m just not feeling it right now.” And don’t worry, you can always try again another time if you want.

If you know what you like and your partner is fumbling, don’t be afraid to just take control. Tell him what you want, show him what you want, or just go ahead and flip that dude over and get on top. Pro Tip: being on top will give you the ability to control the rhythm and the pressure just to your liking.

And do not get nervous if you think you’re taking too long. Sex shouldn’t be a race, and guaranteed he’s enjoying the view from down there, so just take your time and blow his mind.

Remember, ladies; you deserve this orgasm

It’s really all about the mindset. Think about it; guys enter into a sexual encounter just totally ready to get what they need. Why shouldn’t you do the same? After all, guys are incredibly into it when you genuinely orgasm. This is a win/win situation. So, go ahead, girls, get it!