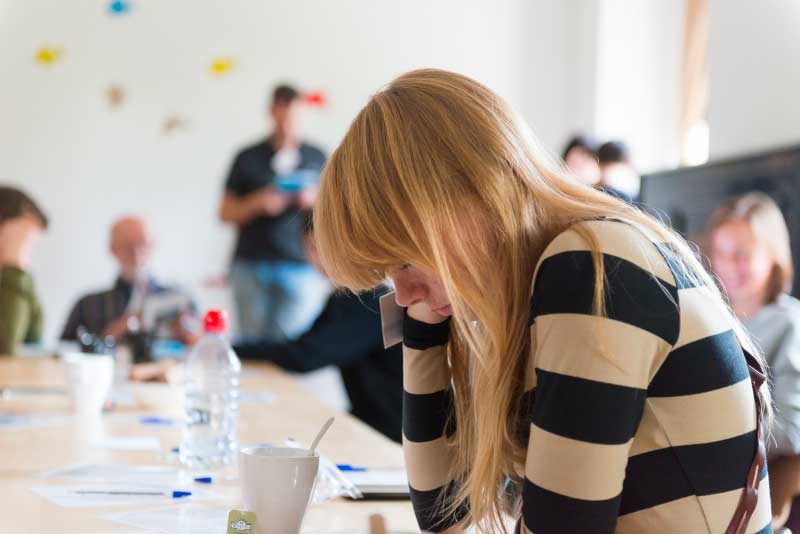 It’s common knowledge that mental health is still a taboo subject, yet it seems more and more people are dealing with the issues surrounding it. In fact, Dr. Jean Twenge, in the article Are Mental Health Issues on the Rise from Psychology Today, reports that a wide variety of studies have found that cases of anxiety and depression are higher in today’s era than they were in earlier decades.

Students are no exception to this increase in mental health issues, as moving away from home, dealing with mountains of work, and stressing over money can all be quite overwhelming.

A recent poll from Cornell University on the Whatsgoodly app delved into this topic and asked over 4,100 students about who they would confide in if they were experiencing a mental health issue.

With 36% of the vote, friends proved to be the go-to resource for most students. Parents were the second most popular choice at 26%, followed by counselors and doctors at 19%. The fact that friends were the most popular option is not surprising, yet it speaks to the critical importance of friends in college.

Part of college is living without parents, and by necessity, students must often take on the roles of mom and dad for each other. While the advice friends give may not always be by the book, simply having trustworthy people to confide in helps ease the burden.

Unfortunately, some aren’t so lucky. It is the last response that is arguably the most alarming result of the poll, as 19% of respondents reported that they wouldn’t talk to anyone if they were facing a mental health issue.

As one Whatsgoodly user commented, this is a rather high percentage of students who may be facing a real mental health concern and who would choose to face the battle alone.

However, delving even deeper into user comments, one can see that there are a wide variety of issues that may influence students to remain silent about the mental health struggles they’re facing. Some students were afraid to worry or “burden” their family members with their problems, while another commenter was concerned about losing respect and his firearm license.

Of course, seeking help for mental health issues is by far the healthiest approach. According to Dr. Twenge, the youth suicide rate started declining rapidly after the 1990s. Why is that? She suggests this is due to the fact that the people with the most severe forms of depression now have access to medical care, including anti-depressants.

There are a growing number of highly successful treatments available now, many of which do not rely solely on medication. A student from the University of Alabama outlined their experience of seeking medical help, which he calls “the best decision of my life.”

The data from this Whatsgoodly poll revealed that nearly 1 in 5 college students might be facing a mental health issue and suffering in silence. It is worthwhile to keep this in mind next time one of your friends seems especially distressed – simply listening and providing judgment-free support will help your friend immensely.

Daniel John is a recent graduate trying to figure out what on earth he wants to do with his new found freedom and degree. He enjoys spending time with his cat, pretending to be a professional photographer, and on the occasion, going to the gym. Follow him on Twitter and Instagram.