Top 10 Pizza Fails That Will Blow Your Mind 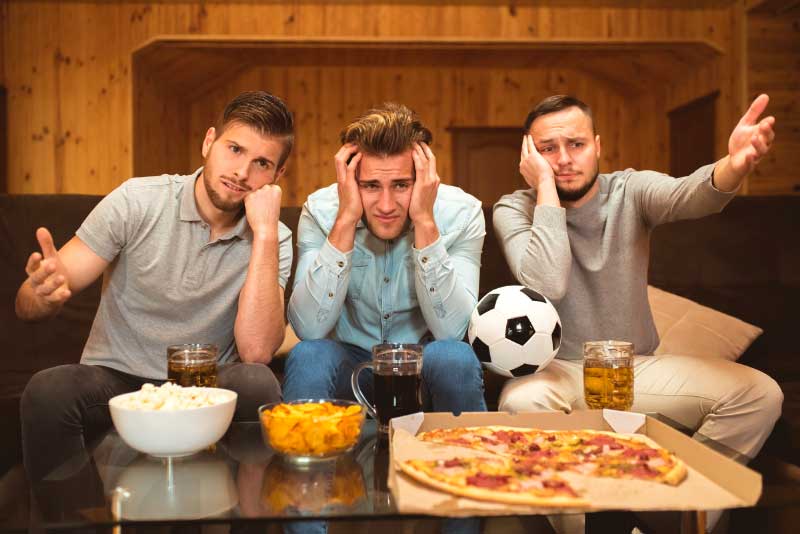 In a recent poll from Arizona State University on the Whatsgoodly app, college students weighed in on the type of food they could eat for the rest of their lives.

With 37% of the vote, Italian food came in first place. It’s easy to imagine only eating pizza and pasta for the rest of your life, right?

After all, you can order pizza at a fine-dining restaurant. You can get pizza at a fast food joint. You can even buy some frozen pizza at the local supermarket. You can enjoy pizza in the classiest of restaurants or binging while watching Netflix on your couch at home.

But, if you think this is an article about how great pizza is– think again. Everyone knows pizza is the ultimate. In this article, we’ll discuss all the pizza-related disappointments since we all know that the hype is just sometimes too good to be true.

For most people, greasy pizza = is the best hangover cure ever, but come on.

Sometimes there’s so much grease that it’s all you can even taste. So many pizza joints proclaim they’re the best pizza in town, but some of them seem to use grease instead of tomato sauce as their base. We know pizza is unhealthy, sure. But the grease factor just takes it to another level.

One infographic by Labdoor suggests that by dabbing your pizza with a napkin or paper towel for a year, you can actually forego roughly 6,000 calories, which is equal to roughly 1.9 pounds off of your waistline.

Woah. Dab the grease off your pizza! This is serious, yo.

There are those among us who would consider Hawaiian pizza a fail in and of its own. Some people just can’t handle the combination of sweet and savory or meat and fruit.

Have you ever been ready to order a pizza with friends, and it comes time to decide on the toppings? We all know that feeling when you try to advocate for the Hawaiian and your friends simply stare with a blank look of disgust.

Some people are never going to get it. In fact, some say that Hawaiian pizza lovers actually have higher IQs. Ok, only we say that, but we don’t consider the Hawaiian a pizza fail.

Why do others attack those who love the delicious taste of pineapples on their pizzas? So many questions, not enough answers.

Listen, if you could eat a whole family-sized pizza by yourself, more power to you, but if you think pizza cakes are the bomb, we think you should listen to your heart and check if your arteries are still working properly.

Deep-dish pizzas are already alarming enough, but eating a four-layer cake made out of dough, tomato sauce, cheese, and various meats? Bruh, chill.

Go old-fashioned and order a single layer of pizza and call it day. You’ll thank yourself later, not hate it and ask yourself what happened to your life.

This is an abomination.

We can understand people who eat their pizzas with a knife and fork. That’s a bit posh, but we can respect that. But filling a cone with things that should serve as toppings on flat dough? That’s anarchy! How can these people eat a pizza cone?

First off, the dough-to-filling ratio isn’t balanced. Secondly, cones are for ice cream, or sorbets, if you’re fancy, but that’s pushing it.

Pizza was not meant for cones. How can you share this with your friends? How can you fight over the last slice? What’s the good in all of this? This may be an even greater travesty than the pizza cake.

We salute those of you who spend hours perusing Pinterest for that perfect homemade pizza recipe. We applaud you for the effort, really. But who can actually make an authentic Italian pizza at home without totally failing?

And if you’re planning to impress your significant other by making this fancy-schmancy pizza for an at-home date night, think again.

Take this advice: Have pizza delivered instead and Netflix and chill. There’s nothing quite like smoking the house out with your failed gourmet pizza attempts. It’s a turn-off.

They say that you shouldn’t fix it if it ain’t broken.

Of course, you can enjoy gourmet pizza at fine dining restaurants, but some of them take it a step too far and introduce gnarly toppings that we just can’t deal with it.

Fusion pizza is seriously the worst. If you want sushi, have sushi. If you want a burger, go get a burger. But by no means attempt to combine the aforementioned ingredients in some kind of wannabe posh pizza abomination.

People, it’s okay to love pizza, but don’t ruin it by fusing it with other cuisines.

This is how Merriam Webster defines pizza:

“a dish of Italian origin consisting of a flat, round base of dough baked with a topping of tomato sauce and cheese, typically with added meat or vegetables.”

Now, how can restaurants convince their customers that they’re dessert “pizzas” when the base is made of cookie/brownie dough and is smeared with Nutella/peanut butter/whipped cream before topping it with fruits, marshmallows, or other diabetes-inducing ingredients?

It’s a piece of dough with sweet toppings on it. It isn’t fancy. It isn’t even tasty. Dessert pizzas are a serious pizza fail. Now, go order a crème brûlée and feast on a real dessert.

This was funny when it was still a concept, but it’s now things are getting seriously scary. Pizza smells good on pizza, not your date.

Good thing these bad boys were only produced in limited quantities because you just know that serious foodies would love to bask in the all-day scent of Italian deep dishes.

You’re probably sitting aghast right now, trying to remember exactly what a Pizza Hut actually smells like. We are, too. We are, too.

From pizza perfume to pizza lip balm. New ideas are difficult to come by, but come on– stop slacking and being gross.

It is almost beyond the deepest depths of your imagination to think that there are people out there right now licking their pizza-themed lips with pleasure.

The taste of pizza on your lips for hours? Do you think that’s cute? Seriously, who are you, people? Stop it; no more pizza-themed cosmetics.

These all-over printed t-shirts are the rage with high schoolers and hipsters these days, but please seek help if you think pizza-printed clothing is acceptable.

These prints don’t even resemble a slice of pizza. It looks like a skin disease that’s gotten out of control. There’s a fine line between being classy and tacky, and we’ve yet to see a pizza-printed article of clothing that doesn’t look gross. Damn, there should be a rehab center for people who take their pizza addictions too far.

Christine is a 20-something who has no idea what to do with her life after choosing to become a Linguistics and Literature major. She's now battling a major quarter-life crisis. Her days are mostly composed of writing, smoking, spoiling her pug, Chip, to death and swiping left a lot on Tinder. Follow her on Twitter and Instagram