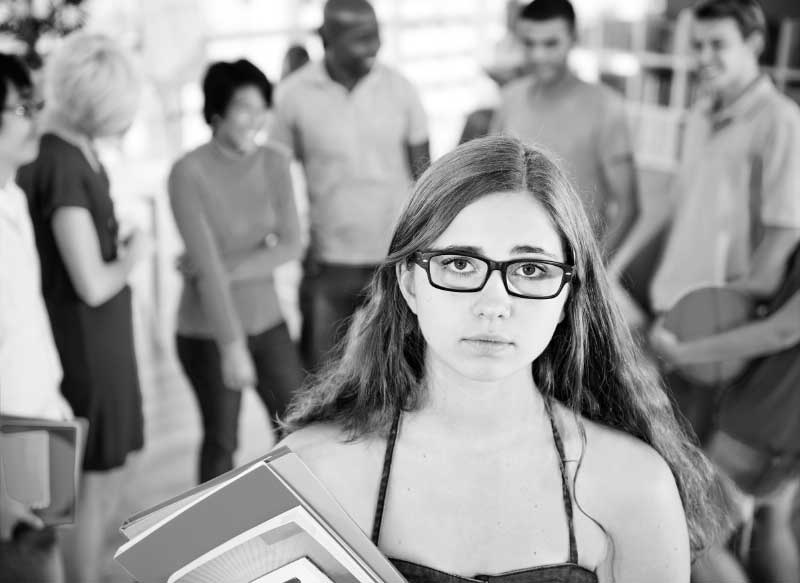 Ah, cat-calling. A lot of people seem to think it’s flattering and flirtatious, while others insist that it is offensive. One really can’t have an opinion on the issue unless they’ve received the brunt of it.

There are those who may mean well with the cat-calling. They probably see it as a form of flirtation or a way to express their interest. These guys don’t understand that it’s not a compliment. It’s sexual harassment.

And then there are those guys who are indeed the scum of the earth itself. These are the type of men who make threats when someone brushes off the “compliment” and doesn’t “appreciate” it. Surely this kind of cat-calling isn’t all in good fun?

We need to talk about cat-calling because regardless of intention, it’s still harassment.

Cat-calling is doing a wolf whistle or making a comment about a woman (usually someone that they don’t know) in a sexual manner. Now, cat-calling doesn’t always just happen to women. It can also happen to gay and trans individuals. And though it does occur more frequently to women, men can also be affected.

We’ve seen some of those video clips from the past wherein a woman in a sexy dress and red lipstick walks by some men (imagine construction workers with yellow hard hats). The men hoot and holler as she walks past, and the woman smiles seductively.

If this is your idea of catcalling, you’re probably thinking, “What’s the harm?” but the reality of street harassment is actually much more nuanced.

What is being done about this?

A recent poll from Cornell University on Whatsgoodly revealed that 83% of ladies choose to ignore cat-callers instead of confronting them.

Simply put, women know that they’re unsafe on the streets. Since cat-callers and street harassers are unknown individuals, many women probably assume it isn’t worth the risk to confront the harasser.

However, deep inside, many women who are street harassed feel degraded and small, like we’re not worth respecting based on our gender. And this is just with girls, not including those who identify as LGBT. If we put them into the equation, you’ll hear the worst stories and experiences. It’s problematic.

“If you women are so offended by all of this, why bother wearing sexy clothes and makeup?”

Of course, that confidence is immediately eroded at that moment when some creeper out in public starts yelling about our fuckability. This is scary. It’s intimidating. It makes women feel unsafe.

Wearing skimpy clothing does not mean we’re asking for it. In fact, sometimes the weather actually permits for it. In the summer, it’s rather uncomfortable to stay covered. Of course for, women who do wear more coverings for religious or personal reasons also receive harsh criticisms on the other end of the spectrum.

The truth is, to those who hold sexist views, it really doesn’t matter what a woman is wearing. Misogynists, whether they know it or not, simply don’t like women taking control of their own bodies.

Wearing makeup also doesn’t mean that women want unwanted compliments that can range from mild (“Hey there, pretty lady!”) to scary (“How about I bend you over and make you scream?”).

Nobody deserves feeling threatened and scared every time they step out of their home. That’s how bad cat-calling has become.

What do men think about all this?

Bravo to the 54% of college guys who think that cat-calling is disrespectful. These guys really know what’s up. And it’s hopeful to see that so many men in our generation have respect for other human beings.

To the 23% who have friends that have done it, talk with your bros. Yes, it can be intimidating to speak up on an issue that may or may not affect you, but it’s the ethical thing to do.

Would you want your sister to face street harassment or your girlfriend? By framing the problem in this way, you can see that no one deserves to be harassed. So, take a stand. Your friends will respect you for standing up for your beliefs.

And to the other 23% who have done it because they think it’s fun– someone should do this to you:

Some men often tell their female friends to just take the “compliment” and move on. It’s understandable that you may not be able to empathize with women who are being catcalled. After all, if you’re not a woman, you probably don’t understand the extent to which we are over-sexualized and dehumanized in society at large. It’s understandable not to get offended unless it happens to you or someone you’re close with, but to find it funny. That’s simply misogynistic and sexist.

If you’re catcalling women as a form of flirtation, here are some tips on how to approach women in a way that might actually yield a return.

How to compliment a woman you don’t know in public

Unfortunately, in the digital age, cat-calling isn’t just done on sidewalks. It’s done over social media, too! Ladies, if you’re on your computers, log on to your Facebook account and check your “Others” inbox. There’s bound to be at least one or two messages from total strangers about how they wanna bang you or they’re asking for your number because they think you’re hot. Creepy right?

Even on Tinder, some men lurk and use the app to easily degrade women. They say totally disgusting and unsolicited things and then unmatch when the girl in question gets upset. These guys can slink back into the shadows of anonymity and leave the lady feeling horrible and offended.

It’s easy to just ignore and block them, but it’s difficult to get rid of the negative feelings that linger from the unsolicited experience. It’s sad and sickening.

The depressing thing about all of this is that we can all rant and get offended by it, but there will always be those who would do it. And there’s going to be a lot of them.

Do you have any experience with cat-calling?

Perhaps by sharing the horrible things we’ve experienced, we can bring more of a light on this issue and help more guys to understand why this is seriously not ok.