10 Creepy Creatures You Need To Know About For Halloween 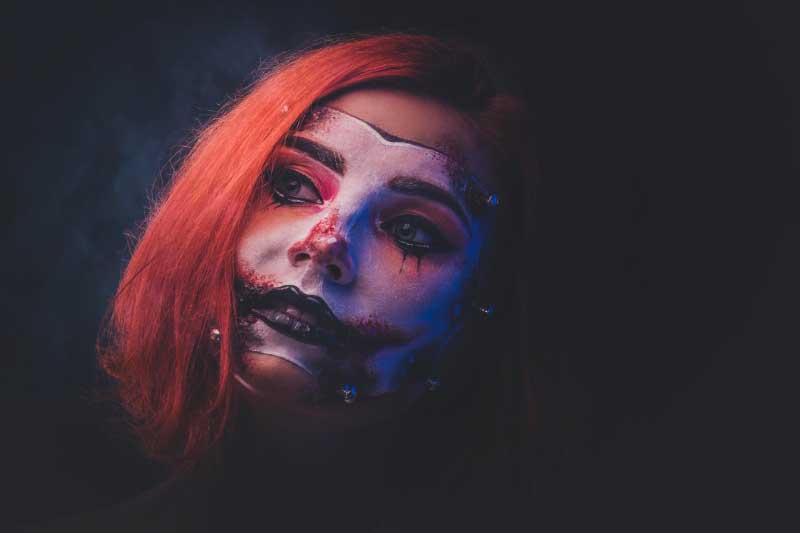 Halloween is just around the corner, and you’re probably planning your trip to the local corn maze or haunted house. Everyone loves a good scare for Halloween, right? After all, none of these ghouls are real. Or are they?

A recent poll posted from the University of Pennsylvania asked Whatsgoodly users which legendary creature they believed was most likely to exist.

Bigfoot came out on top with 31% of the vote, but just barely, with the Loch Ness monster nipping at its toes in second place.

We’ve all heard the lore and seen the blurry videos about these mythical creatures, but could they actually be real?

Check out this list of the 10 lesser-known creepy creatures that are supposedly walking among us. Be sure and remember these the next time you’re walking late at night on the way home to your dorm!

El Chupacabra means “goat sucker” in Spanish. Some people claim that the first sightings were back in the 1970s, though the first reported attacks were in Puerto Rico in 1995. El Chupacabra has been supposedly seen in Puerto Rico, Mexico, Chile, and throughout certain states here in the U.S., such as Texas and Florida.

This legendary animal drinks the blood of livestock and potentially humans. It’s not the prettiest of the bunch and is actually quite fugly. This half-dog, the half-lizard creature, stands at 3-4 ft. tall when on its hind legs.

So, hide your goats. Hide your cows. Hide your children. El Chupacabra is probably coming for them as we speak.

Supposedly these creatures hide in underground bases all over the world and are plotting world domination.

If you’ve got some time on your hands, search Youtube for reptilian shapeshifter footage, and you’ll find some extremely creepy and highly edited footage of some of the world’s leaders “shifting” into reptilian beings. Ridiculous and kinda scary all at the same time—what’s not to love?

Those creepy red eyes you saw along the hillside on the way back to campus? Yeah, that might not of just been your imagination of some strange animal. It may have been a hellhound. It’s said that these horrific creatures from your worst nightmares are the bearers of death itself.

Can you imagine a large black dog with glowing red eyes and rows of teeth delivering the message of death to you? Talk about scary as hell. Hell no.

Legends of these feral beasts dates back to the Vikings. The most recent sightings have been reported in cemeteries in Connecticut, Kentucky, Louisiana, and Ohio.

Recommendation? Don’t go trolling cemeteries after dark. No Halloween seances, no visiting passed-on relatives, no, no, and no.

This is the most recent legend of the bunch. The Slender Man myth started with an online meme contest in 2009 and has gathered quite a following. The Slender Man supposedly lurks just at the edge of your field of perception and can often be seen in the background of photos.

Rumor has it that if you do see Slender Man with your own eyes, then you better run. However, it won’t do any good because he’ll continue to stalk you and then supposedly kill you for having looked upon him. Creeped out yet?

Well, it gets even creepier. In 2014 two 12-year-old girls lured another girl of the same age out into the woods in Wisconsin and stabbed her 19 times. The victim then crawled out of the forest and onto a nearby road, where a cyclist found her and called an ambulance. Luckily, the victim recovered.

However, you’re probably wondering why would these young girls do something so horrible? The answer: they say that the Slender Man made them do it.

According to the legal brief, “the girl believed Slender Man would have hurt her and her family if she hadn’t killed on his behalf.”

This legend is part of the traditional belief systems of various Buffalo people in the northern United States and Canada, including the Ojibwe, Saulteaux, Cree, Naskapi, and the Innu people.

The wendigo is thought to be an evil spirit that possesses people and turns them into cannibals. The more common legend that you probably know is the fiendish monster that eats people, just like the one out of the TV show Supernatural.

The good news is that you can only become a Wendigo through cannibalism. So as long as you aren’t going to eat your roommate, you’ll be fine.

There are multiple tales of the Jersey Devil. This abnormally large vampire bat dates back to the 1700s and is the supposed devil child of Mrs. Leeds, who moved from England to the colonies. As stated in the name, it originates in New Jersey.

Luckily, no one has actually been hurt by the Jersey Devil. The creature is just a creepy stalker that scares the shit out of locals. Though, you shouldn’t go searching out the red-eyed fiend to test the theory.

What really makes cynocephali creepy is that they’ve been mentioned throughout recorded history in different civilizations across the world. The cynocephali have been spotted in ancient Greece, Egypt, and in China. Additionally, they show up again in the Medieval Era in both Eastern and Western Europe.

Supposedly these guys aren’t actually very harmful, but they are creepy as hell. Also, the fact that they’re always associated with religious art just makes it even weirder. Dog-headed people in priests’ robes? No thanks.

Lucky for you, the cynocephali are still walking among us. These days the dog-headed creature mostly manifests as the Michigan Dog Man.

If you’ve seen The Possession, then you‘re already well-acquainted with the dybbuks. In Jewish mythology, a dybbuk is an angry spirit that is thought to be the dislocated soul of a dead person. This decrepit thing sticks to other living souls, usually out of some sort of revenge.

The legend of this evil spirit stems from the Jewish gospels. Whether your faith is Judaism or not, be careful about what you open. You never know what you could be letting out…or in.

Back in 1966, a group of five men in West Virginia were digging a grave when they saw what they claimed was a man flying low overhead. In the following days, more and more witnesses claimed to have seen a man with wings and glowing red eyes.

A few months later, a nearby bridge collapsed and killed 46 people. After this tragic incident, the Mothman sightings all but disappeared. Could this strange creature have been connected to the accident at the bridge?

Was the sighting an omen that evil was coming? Was it an apparition from another realm? Or was it just a giant guy with wings? Will we ever know?

There are tons of stories in Mexico of flying humanoids, which some locals describe as bruja or witches. One police officer, Gerardo Garza of the Monterrey police department, reported a strange sighting while on patrol near Panteon Municipal Cemetary in 2006. Officer Garza said that he saw two humanoids dressed in black flying in circles over the cemetery. He called for backup, and when other officers arrived, the creatures dispersed.

A similar incident took place two years earlier when another police officer had an encounter with a bruja in his police car. Officer Leonardo Samaniego was patrolling near Santiago when he saw a black object fall from a tree a few meters ahead. He turned on his high beams to take a look. That’s when he knew something was terribly wrong. The object didn’t hit the ground but hovered and turned to face him. He said it was a bruja. The being then proceeded to fly and hit his windshield. At this point, he passed out.

You’re probably wondering if drug and psychological tests were performed on these officers. Yes, and they all came back negative.

Which creature creeps you out the most?

The Emotions Everyone Goes Through On The Fourth Of July