Find Out Which Music Apps College Students Use The Most 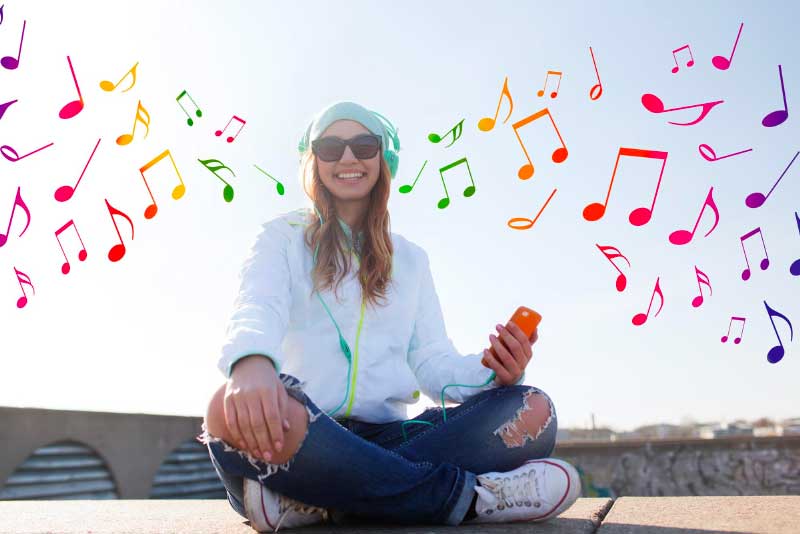 For college students, music provides stress relief from headache-inducing exams, and it’s always what gets the weekend started.

When listening to music, there are several different apps and websites that college students turn to in order to get their music fixed.

According to a nationwide poll on the Whatsgoodly Global Feed, over 6,000 university students responded, with nearly half chiming in to say that Spotify is their top music app. Spotify ranked as the number one app college students use for music with 48% of the poll’s results.

The Top 3 Apps College Students Use For Music in 2022

A whopping 48% of college students responded that they use Spotify as their number one source of music.

Though it has ads, you can pay a monthly bill of $10 for their Premium service. Spotify offers a web player and an app and options to create and follow playlists, as well as listen to entire albums by a wide variety of artists.

Only 14% of college students turn to iTunes for their music needs. This may give the false impression that iTunes usage is at an all-time low. However, a Nielson Netratings report from 2006 found that 14% of internet users between December 2004 and 2005 used iTunes. This concurrent data seems to show that iTunes has actually maintained their user share over the past decade.

iTunes allows you to purchase songs individually or entire albums. These songs can then by synced with your iTunes player on your desktop or mobile.

The illegal downloading of music really came into focus around 2003-2004 when the Recording Industry Association of America (RIAA) began cracking down and slapping lawsuits on college students for illegal downloads. During the mid-2000, somewhere over 30,000 individual lawsuits were filed against consumers who illegally downloaded music online.

But that wasn’t the end for prosecuting illegal downloaders. Just this past February, Columbia junior Eden Becher received an email from the RIAA stating that she owed a monetary settlement for illegally downloading Taylor Swift songs. Still, 12% of students continue to illegally download their music.

Only 5% of students in the Whatsgoodly poll reported using Pandora, the genre/artist-based program. With Pandora, the user types in an artist or song and gets a curated playlist of related tracks.

Soundcloud is another ideal choice, with 9% of Whatsgoodly poll respondents chiming in for this option. Similar to Spotify, Soundcloud allows users to listen to music directly with this online web player. However, you’re much more likely to discover new artists with Soundcloud, which is a haven for new talent.

Which music apps are your favorite?

Let us know which apps you prefer in the comments below. Do you use Spotify, Soundcloud, or a new up-and-coming app?