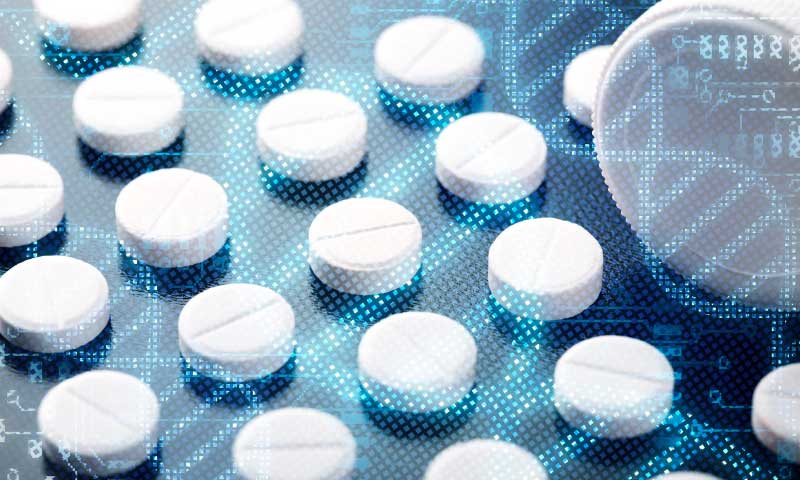 Imagine walking into a room full of college kids using drugs. Your mind probably yields an image of a party in a small, poorly lit living room in an apartment or home near a university.

The table features a filthy exhibit of empty beer bottles and a bong among various scraps of food. Some kids are talking on the couch, others are changing the music or dancing, and a few are getting their fix of harder drugs in the bathroom. But that’s not the case. The setting is the university library, and the students’ drug of choice is the controversial ADHD pill, Adderall.

In a recent Whatsgoodly poll, 47% of college students admitted using Adderall. 28% report using it for studying, 4% take it for partying, and 15% say they use it for both purposes. Additionally, about 60% of students don’t believe taking Adderall unprescribed is cheating.

What exactly is Adderall?

Although millions of people use the drug medically and nonmedically, many do not understand just what it is or how it works. Adderall is a brand-name pharmaceutical drug that is a combination of amphetamine and dextroamphetamine, stimulants that affect the central nervous system. Amphetamine causes the release of the stress chemicals dopamine and norepinephrine.

The release of dopamine allows a person to stay focused more intensely and for a longer period of time, while the increase of norepinephrine allows for better formation of memories and information retention. Together these chemicals can make a person feel much more alert and focused. Similar drugs include Ritalin, Vyvanse, and Concerta.

What’s it used for?

Amphetamine, the main component of Adderall, has been used pharmaceutically in the US since the 1920s. During World War II, the military gave amphetamine and dextroamphetamine to soldiers and pilots in order to keep them awake and focused.

Since then, pharmaceutical companies have cashed in on the chemical’s ability to increase focus and memory. Adderall was patented and introduced to the public in 1996, and millions have taken advantage of it to aid their academic performance, weight loss, and athletic performance, as well as for recreation.

In another Whatsgoodly poll that asked for what purpose people use Adderall, 44% of respondents said they use the drug for studying. 37% use it because it causes them to have no appetite, and 19% use it for partying. Most of the users report using Adderall for the purpose of enhancing their academic performance, and that is generally the drug’s reputation.

Adderall helps students in particular by allowing them to focus more intensely and for a longer amount of time on their schoolwork and keeps them awake to do it – many use it when they need to cram for a test or finish a paper or during a test itself.

The drug also serves as a kind of diet pill for some. This is possible because amphetamine increases the body’s metabolic rate and lowers appetite. Even at an incredibly prestigious school like Stanford University, 4% more students used Adderall to lose weight than to study.

Others use it recreationally at parties because it can provide a high similar to that of cocaine – it combats the tiredness from alcohol and makes users feel more in control, alert, and invincible.

One Whatsgoodly user at the University of Texas commented, “Swallow an Addy to study, crush that sh*t up to a party,” showing that college students may use the drug for various purposes.

What are the risks?

In a 2008 study of 1,800 college students, 81% reported that they thought the illicit use of ADHD medication was “not dangerous at all” or “slightly dangerous.” Many believe that because it is legal and prescribed by doctors, often to children, Adderall and similar drugs are safe.

This assumption is not necessarily correct. Adderall can cause many adverse side effects, including nervousness, insomnia, headaches, dry mouth, shortness of breath, fever, stomach pain, and nausea. In more extreme cases, it can cause dizziness or faintness, irregular heartbeat, chest pain, hallucination, or seizures.

Not to mention that it is highly addictive. The rush of dopamine from the amphetamine in Adderall activates the reward system in the brain. This system rewards certain behaviors with a feeling of pleasure – it is part of what makes some behaviors and substances so addictive.

Amphetamines are the most rewarding of these reward-based addictions. In fact, the well-known drug meth is so highly addictive because it is the most potent and longest-acting form of amphetamine. Its ability to activate this central dopamine reward pathway is what makes Adderall a Schedule II controlled substance, indicating that it holds a high risk for abuse or addiction.

This trend points to the unprecedented level of stress that college students are under today. They are in constant competition with each other and will take drastic measures to out-perform their peers.

A Whatsgoodly user at the University of Michigan voiced, “Because when the class is on a curve, and everyone else is doing it [taking Adderall,] you take every advantage you can get.” On top of that, students often must prove their knowledge of an incredibly complex subject in just one test, often multiple times in one week for various classes during finals.

It is significant that many college students feel they need to literally alter their brain chemistry in order to accomplish all that is expected of them academically. And at just $6 to $8 a pop, Adderall is their answer to these demands.

Out of the 89 schools surveyed by Whatsgoodly, only 40% of responders consider taking Adderall unprescribed cheating; 60% do not. Many users explained that they don’t consider it is cheating because it’s simply assisting students’ studies, not giving them answers for the test or guaranteeing a good grade.

“You don’t automatically know the material when you take it. You still have to study. So no, it’s not cheating. It’s like an enhanced Redbull,” a UC Davis user commented. Multiple others compared Adderall to coffee as well. A user from Cornell University expressed, “Adderall doesn’t make you smarter. It helps you focus on what you’re doing so that you can study harder. Should coffee then be cheating?”

Another user from Stanford compared it to using protein powder before exercising. A user from the University of Iowa also commented that it is not cheating simply because “You are using a resource that is available to help you achieve more.”

However, it isn’t available to everyone. Not all students know where to get Adderall or might not have the money on hand to pay for it. Others might be subject to drug tests at work or for sports.

One user from Chapman summed up that it is cheating purely “Because it gives you an advantage over people not taking it.” Others drew a parallel between taking Adderall while studying/testing and doping in athletics: a Northwestern University user commented,

“Performance-enhancing drugs are cheating in sports.” Another seemingly overlooked point is that it is illegal and alters your brain chemistry, unlike coffee or energy drinks. A user from Vanderbilt University explained, “Coffee keeps you awake, and Adderall improves your cognitive ability. Also, it is a federal crime to take a drug that is not prescribed to you.”

How much is it helping users?

That’s the question – Adderall’s definitive effect on academic performance for those who take it without a prescription has not been studied. This is probably because it’s a touchy subject – conducting a study would require students to admit to taking the illegal unprescribed medication and to submit to urine tests in order to compare the level of amphetamine with their test scores.

These would then be compared with the tests of those who do not use unprescribed Adderall and studied further to find any long-term effects and differences. This would make the line between having a little study help and flat-out cheating a lot less blurred.

Krista is a sophomore attending Santa Clara University majoring in Political Science and Communications. She enjoys hanging out with friends and writing for various publications. Follow her on LinkedIn for updates.