10 Reasons Why Your Childhood Pet Was Better Than Your Siblings 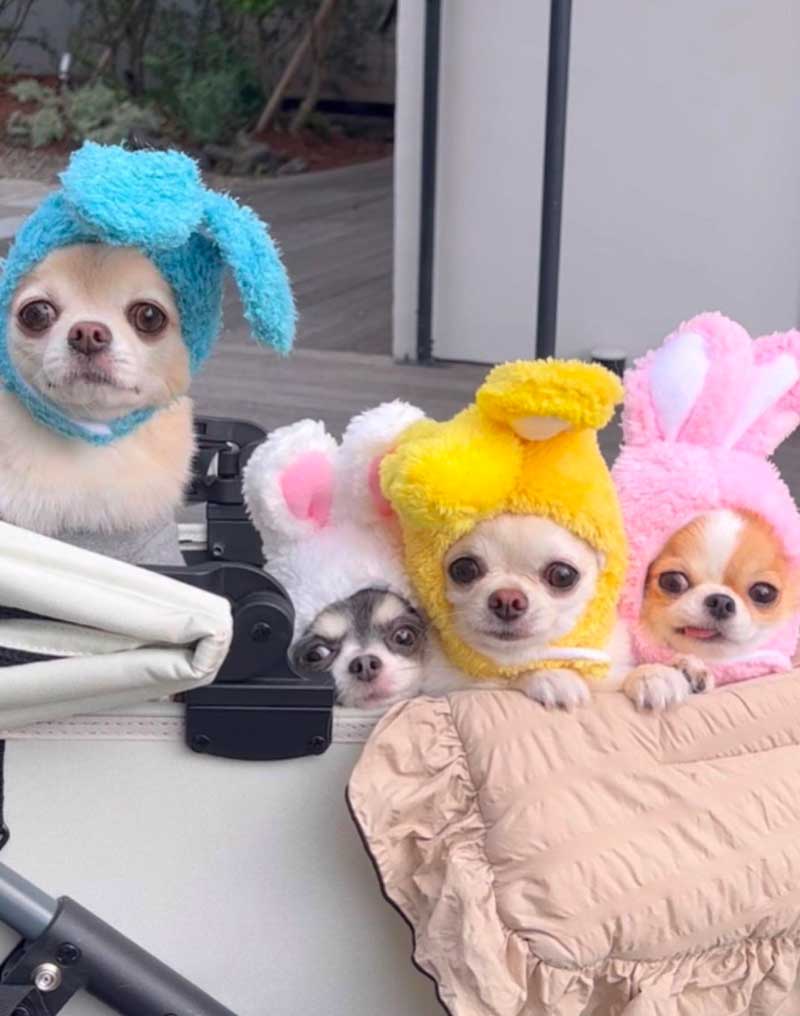 A recent Whatsgoodly poll from the University of Richmond asked what students miss the most from home while at college. The overall winning response was that college students actually miss their beloved pets, with 40% of the response rate. This means that pets beat not only parents but also siblings and friends!

A 10-year study by Matt Cassels, a postgraduate psychiatry researcher, found that children are more likely to have a stronger relationship with their furry pals than their peers. Thus, the Whatsgoodly poll seems to confirm this research.

Although we all love our brothers and sisters, let’s face it, they were often super annoying growing up and really knew how to drive you mad. On the other hand, your pets have always been caring and right by your side, no matter what.

There’s truly nothing like the love and affection of your furry pal, so here are 10 reasons why your childhood pet was way better than your siblings:

1. They never snitched on you

We’ve all been there, Mom and Dad were out, and you accidentally knocked over that priceless vase that had been in your family for the last 100 years. You froze in utter terror and realized your sibling saw the whole ordeal. The only choice you had was to beg them not to tell on you and be in their debt for eternity.

Now, here’s how the situation would have gone down with your loyal dog: you knock the vase over, they run over in excitement to play, maybe turn over for a belly tickle, and that’s about it. You tell your parents you came back to the vase being destroyed and that a gust of wind must have knocked it.

Or if you were particularly evil, you may have blamed your fluffy pal. After all, he can’t speak, and he wouldn’t mind taking the blame. Your parents couldn’t stay mad at his adorable face for long.

Although our parents, on most occasions, would produce meals to rival even Paula Deen, you would sometimes end up eating a dinner that just wasn’t to your taste. It was no good turning to your brother or sister to help you as they were also frantically looking for ways to dispose of their mint peas.

Just when you thought there was no hope, in enters your four-legged savior. You usher him toward you under the table and carefully feed him while your parents aren’t looking.

You were happy you didn’t have to stomach the dinner, and he was happy just to be by your side.

3. They always shared their toys

Remember being a kid and seeing your sibling getting that amazing new Game Boy game for their birthday? Yes, the very same one you’d been dreaming about every day for months.

You would think that maybe, just maybe, they would have let you have a go, but nope you were banned from even touching it, and you spent your days peering over their shoulder to get a glimpse.

Pets, however, were more than happy to share their toys with you. You would have a surprising amount of fun playing with a piece of string with your cat or a game of tug of war with your pooch and soon realize you didn’t need that stupid Game Boy game after all.

4. They were always there to listen

Your pets were always ready to lend an ear to hear about your life’s woes and would never ever judge you, no matter how embarrassing they were. If you had told your sibling about that super awkward moment when you called your teacher’s Mom and then slipped off your chair right in front of your crush, they would never have let you forget it! Your snuggly little cat, however, would never tell a soul, obviously.

In fact, a 10-year study by Matt Cassels, a postgraduate psychiatry researcher, found that children are more prone to confide in their pets than their siblings and are more likely to have a stronger relationship with their furry pals than their peers.

5. You could dress them up

Sometimes as a kid, you’d get bored of playing on your imaginary pirate ship by yourself, so you’d ask your older brother or sister to dress up and join the fierce sea battle you were immersed in. Of course, they were way too cool for that and would just sulk back into their room and listen to moody, angry music.

However, your parrot was always up for playing the captain’s trusted bird, or your cat would act as the baddie’s evil henchman with infectious enthusiasm.

Whether you were fighting crime with spider-man or going to the ball with Prince Charming, your beloved pets were always there to play along right by your side.

6. They were super loyal

Although siblings were reliable most of the time, they would sometimes ditch you to go out with friends or on dates, leaving you on your lonesome.

You were super excited to watch your brand new Harry Potter and the Sorcerer’s Stone VHS, but now you had no one to enjoy it with. But you needn’t fear; your cuddly pet would join you to give you someone to hold onto when Voldemort first appeared. We all know how terrifying that was, don’t lie. He didn’t have a nose!

Needless to say, your pets were always there for you, no matter what. Nothing pleased them more than making you happy.

7. They cared for you non-stop

We all know that our siblings would look after us when it really came down to it, but in general, they also annoyed us as much as humanly possible.

Our pets, however, pretty much made it their full-time job to make us smile. So many times, we’d be hiding away in our bedroom, upset over some silly teenage problem, when we’d see two little eyes peeping through the door, wanting to come in and cheer us up.

They would also be extremely protective and would ensure you were always safe. They were practically fluffy, snuggly bodyguards who also doubled as therapists.

8. They were the ultimate wakeup call

It’s a scientific fact that all pets have actual alarms installed in them and, without fail, will wake you from your slumber come rain or shine. Although on the weekends, this was sometimes a slight inconvenience, though it could be a lifesaver on school days when your alarm didn’t work.

Whether it was a paw to the face, an ear-piercing meowing, or a peck on the nose, we all, deep down, loved to wake up to that friendly, loving face every morning!

Sure your sibling could give you a nice hug, but ultimately they weren’t covered in soft, cuddly fur. Nothing could ever really compare to getting home from a long day at school and having a good ole cuddle session with your fluffy pal.

And let’s not forget how great they were in the winter for warming up your bed, like a darn walking radiator.

10. You were their whole world

Think about it, how many times did your sister or brother come rushing to the door when you came home? Probably only if you were bringing home takeout.

Whereas your pet would literally spend the entire day waiting for you to open that door so that they could give you the most loving greeting every single day.

What are your most cherished memories of your childhood pet?

Sound off in the comments to tell us about your favorite childhood memories with your pet or stories of your current pet. Were they actually better than your sibling? We sure do hope so.

Daniel John is a recent graduate trying to figure out what on earth he wants to do with his new found freedom and degree. He enjoys spending time with his cat, pretending to be a professional photographer, and on the occasion, going to the gym. Follow him on Twitter and Instagram.